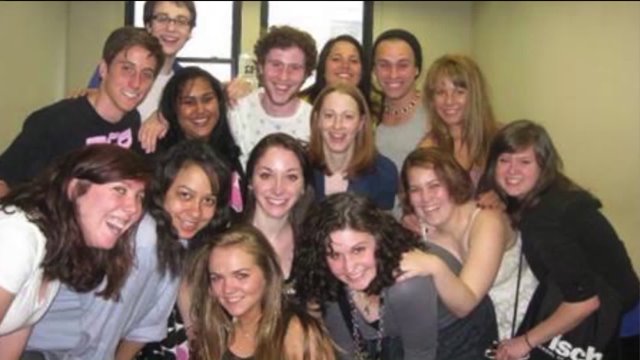 It’s a sense of artistic autonomy for those who have no freedom.

“To be honest, when I was younger, I didn’t really think about consequences," a male inmate said.

We won’t be showing their faces. The teenagers, all arrested before the age of 16, at the Horizon Juvenile Center are awaiting trial for a variety of crimes.

“The reason I’m here is because I chose the wrong group of friends to hang out with,” the male inmate explained.

“How did you end up here?," I asked the female inmate. “Mistakes, my anger got the best of me,” she said.

But, twice a week they get to take their emotions out in a positive way with the help of a non-profit called Drama Club .

“I love drama [club], because you can just come and be who you want to be,” the female inmate said.

“We are doing a lot of improv, some acting games, and then we eventually work towards a performance for family members and staff,” Josie Whittlesey said.

Josie Whittlesey started the group in 2013 after teaching acting for years at NYU.

“I never had the intention of starting Drama Club, I just wanted to volunteer for somebody else but there was no one doing it with kids," she explained. "So I ended up volunteering for an organization that worked with adults so I spent two years at Sing Sing and that completely changed my life and I was really encouraged by the men there to start this program.”

She says the kids here, and at the two other detention centers Drama Club is in, continue to impress her.

“Over time they get more confident, they learn to trust us," Whittlesey say. "Se see a big improved ability to communicate and work together as a team.”

“What skills has this drama club taught you?” I asked the inmates. “Discipline, structure, and holding my composure,” the female said.

“I feel comfortable performing like on stage in front of people, acting and being different,” the male added.

It’s also a chance for them to act their own age for a few hours.

“They’re really kids and they’re like young and they love to play," Whittlesey described. "And once they feel safe to do that, they really open up, it’s amazing to see them laugh.”

Drama club has become an incentive for these teens to stay out of trouble. It’s also encouraged them to think about the future.

“I’ve always wanted to be a marine biologist, ever since I saw [the movie] 'Free Willy',” the female inmate smiled.

“I'm good at math and science so I do want to go to college," the male said. "Maybe study computer engineering and be like a technician.”

They believe each class gets them closer to those dreams.

“When I go home, I just hope I got my priorities straight, I take care of what’s important,” the male inmate said.

“What’s your goal when you get out?” I asked the female inmate. "To not come back,” she said.