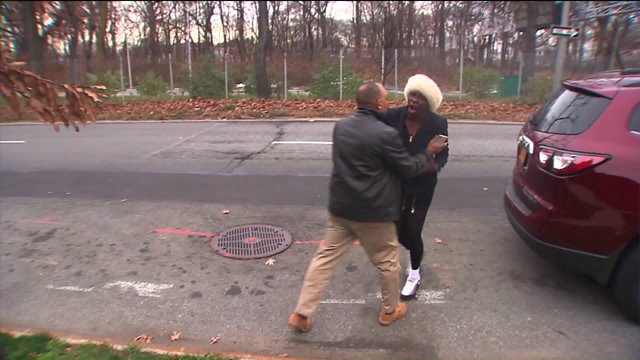 JAMAICA ESTATES, Queens -- We’ve told you about the plight of Aida Byrne. She and her husband moved to Florida. And she rented their very nice Jamaica Estates home to an ex-NYPD cop, Winston Bailey and his wife, Elaine.

Now, for about two years they haven’t paid rent most months. Aida figures she’s out about $100,000 in rent and expenses.

Aida has had to leave her ailing husband and fly up from Miami for court hearing after court hearing trying to get the Bailey’s out. Civil court, housing court, bankruptcy court.

Finally, she has an order telling them to get out. But because the Bailey’s filed for bankruptcy she may not get a penny of the money she says she’s owed.

We’ve been trying to help by getting to the bottom of this.

But you really have to watch the video to see the Bailey’s reaction when we came by. This is what Aida’s had to deal with.

The Bailey’s are supposed to be out by Jan. 15. We’ll see what happens and show you what the home looks like when they presumably depart.