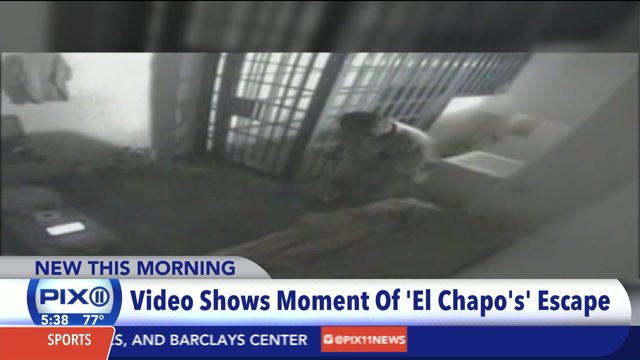 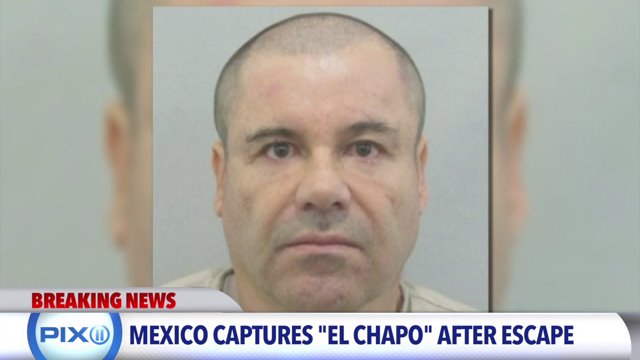 MEXICO – Six months after busting out of a federal prison in Mexico, drug lord Joaquin “El Chapo” Guzman has been captured in a raid that left five people dead,  Mexico’s president said Friday.

“Mission accomplished: we have him. I want to inform Mexicans Joaquin Guzman Loera has been arrested,” President Enrique Pena Nieto said in a tweet from his verified Twitter account.

A Mexican law enforcement official said authorities located Guzman several days ago, based on reports that he was in Los Mochis, Sinaloa. He was captured inside a home that was heavily fortified.

Guzman has been on the run since July 11, 2015, when he escaped through a subterranean tunnel that ran to the shower area of his cell in Altiplano Federal Prison.

An official tells AP reporter Mark Stevenson that fugitive drug that Guzman was apprehended after a shootout with Mexican marines in the city of Los Mochis, in his home state of Sinaloa. The official spoke on condition of anonymity because he was not authorized to be quoted by name.

Five people were killed and one Mexican marine wounded in the clash.

The Mexican Navy said in a statement that marines acting on a tip raided a home in the town of Los Mochis before dawn. They were fired on from inside the structure. Five suspects were killed and six others arrested.

Photos of the arms seized suggested that Guzman and his associates had a fearsome arsenal at the non-descript white house in which he was hiding.

Two of the rifles seized were .50-caliber sniper guns, capable of penetrating most bullet-proof vests and cars. The grenade launcher was found loaded, with an extra round nearby. And an assault rifle had a .40 mm grenade launcher, and at least one grenade.

Nicknamed "Shorty" for his height, Guzman has escaped twice from Mexican custody. The first was from a maximum-security prison in 2001 when he eportedly hid in a laundry cart.

Guzman has been a nightmare for both sides of the border. He reigns over a multibillion-dollar global drug empire that supplied much of the marijuana, cocaine and heroin sold on the streets of the United States.

"He is a complete savage," CNN law enforcement analyst Tom Fuentes said. "What they do, and how they do business, is based on complete terror. ... They kill journalists, politicians, police officers, corrections officers. And then not just that person, but every member of their family."

The Sinaloa cartel moves drugs by land, air and sea, including cargo aircraft, private aircraft, buses, fishing vessels and even submarines, the Justice Department has said.

The cartel has become so powerful that Forbes magazine listed Guzman in its 2009 list of "self-made" billionaires. Guzman's estimated fortune at the time was $1 billion.

Mexican Interior Minister Miguel Ángel Osorio Chong said Guzman's cell was videotaped 24 hours a day. But the surveillance had two blind spots for privacy -- the toilet and the shower.

And the notorious criminal used that to his advantage.

Closed circuit surveillance footage shows first Guzman ducked into the shower of his prison cell, fully clothed. Then he leaned down, but it's not clear what the infamous drug lord was doing; the short shower wall blocks him from the surveillance camera.

Seconds later, Joaquin "El Chapo" Guzman stood up, sat down on his cell bed and changes his shoes. He went back into the shower and bent down again behind the wall -- but never resurfaced.

He slipped through a hole under the shower and escaped through a mile-long tunnel to freedom, authorities said.

But Guzman didn't just evade the cameras; he also sidestepped another security measure with alarming ease: Guzman had a bracelet that monitored his every move, the interior minister said. But he left the bracelet behind before he crawling into the tunnel.