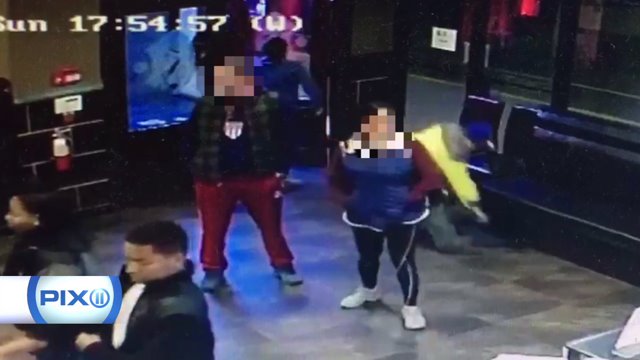 SADDLE BROOK, N.J. — A phone hijacking at a hibachi grill in New Jersey was caught on video – but the alleged juvenile thief was operating at an adult's request, according to Saddle Brook police.

A family says they were waiting to be seated at the Hibachi Grill and Buffet on Rt 46 in Saddle Brook, when the son, without realizing it, dropped his dad's Galaxy 4 mini smart phone on the floor.

Soon after the phone hits the floor, another family heads towards the exit.

You can see in surveillance video, the woman motion to the teenager in a yellow jacket-- who pointed out the cell phone- to pick it up.

He appears to scoop it up, and then runs out the door.

Police are hoping surveillance video helps lead them to those responsible for taking the phone and are asking anyone who may have noticed the family in the restaurant to come forward.