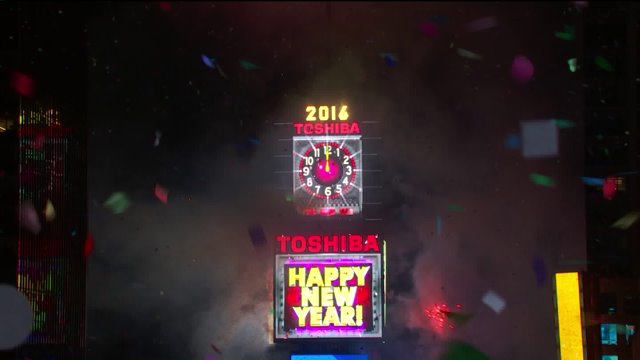 NEW YORK — The glittering crystal ball in New York City has dropped in Times Square, marking the start of 2016.

About 1 million people crammed into the Crossroads of the World, brushing off security jitters to participate in the annual celebration.

A record number of police officers patrolled the event. Heavily-armed officers stood on nearly every corner as others with rifles and binoculars surveyed the crowd from rooftops above.

But as the 11,875-pound Waterford crystal ball descended, revelers counted down to 2016 before sharing hugs and their first kisses of the year under a blanket of confetti.