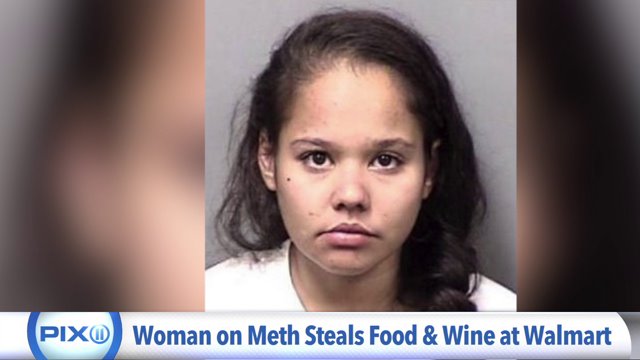 LECANTO, Fla. — A woman was arrested for allegedly shooting up meth and then riding a motorized shopping car through a Florida Walmart while eating sushi, cinnamon rolls, rotisserie chicken, and drinking wine.

A Walmart employee called the Citrus County Sheriff's Office on Tuesday about an alleged shoplifter who was driving around the store in a motorized cart and acting suspiciously.

When the deputy arrived, he found a half-empty bottle of wine in her cart. Lopez is accused of eating over $30 worth of food and wine from the Lecanto Walmart.

The deputies found two empty syringes in Lopez's purse and backpack, WFLA reported. She told police she used the syringes to shoot up meth prior to the shoplifting incident.

Lopez told the deputies she was hungry and didn't want to wait to eat the food outside of the store.