Run-D.M.C.’s Darryl McDaniels returns to Queens for ‘Christmas in Hollis’ 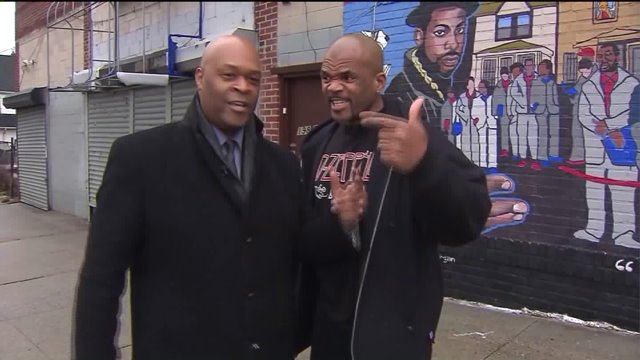 HOLLIS, Queens — Darryl McDaniels, part of Run-D.M.C., returned to Hollis, Queens during Christmas time with a gift for kids — and he said it was better than toys.

McDaniels said he's trying to push them to explore the creative side of their minds.

"Not everyone has to be a baller it's okay to play piano or study ballet," McDaniels said.

"That was my house over there. I use to hop the fence and come over hear to rap on the corner," McDainels said while he walked through the streets of Hollis, where the creativity all began for him.

The town now  has a mural on a wall at 198th Street and Hollis Avenue dedicated to his musical achievements.

McDaniels, who's now a comic book creator, is making it his mission to mentor kids. He spent Tuesday at Queens Central Library with community kids and families. He had one important lesson for them — to read as much as you can and expand their skills to be competitive adults.

One of the biggest challenges is getting more mentors to make this happen.

McDaniels has overcome many challenges in his life. Growing up as an adopted child, he never knew his mom's identity until about 16 years ago.

Throughout his life, McDaniels has made it his goal to never leave any child behind. He has held reading sessions to counseling foster children at his annual summer camp.

"All you boys and girls in this neighborhood can go above and beyond what we did," McDaniels said.

A man who makes it Christmas time in Hollis, everyday.