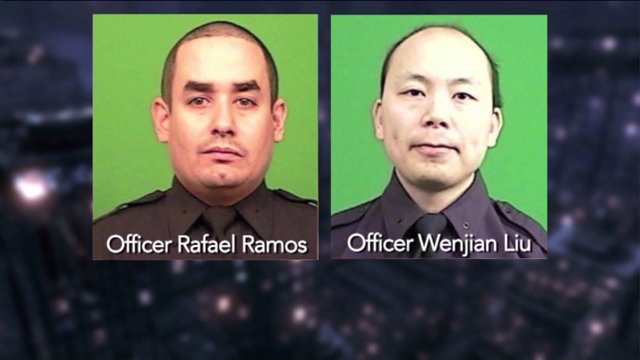 BROOKLYN — Ceremonies are being held Sunday to mark the one year anniversary of the murders of two NYPD officers.

"Definitely a scary thing just to see, so close to home," said Evan Miller outside the 84th precinct.

Officers Wenjian Liu and Rafael Ramos were gunned down as they sat in their patrol car at the intersection of Myrtle and Tompkins Avenue in Bed Stuy.

The shooter, a mentally unstable man, took his own life.

The execution style murders happened during tense times for law enforcement as there were a number of police involved shootings across the country.

Bratton has made community policing and training the focus of his administration.

"I feel like things have gotten better, I feel like crime is down and police are doing their jobs," said one resident.

There was an out pouring of support for officers Liu and Ramos who were both posthumously promoted to Dectective.

Tens of thousands of officers from across the country and around the world came to pay their respects to the two fallen heroes.

On Sunday plaques will be dedicated to Liu and Ramos at the 84th precinct. The mayor and police commissioner will also lay wreaths where the officers were murdered.