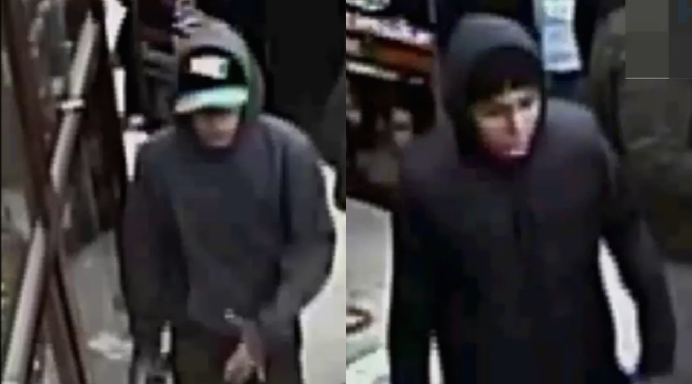 ASTORIA, Queens — Police are looking for two men who assaulted and robbed a man following an alleged argument over one of the suspects' girlfriends.

On November 28, at 10:15 p.m., the victim, 25, was approached by the first suspect inside the deli at 38-02 Broadway. The suspect allegedly demanded to know why the victim was talking to his girlfriend, according to the NYPD.

An argument ensued, and the second suspect allegedly joined the first suspect in assaulting the victim. The suspects stole his wallet and got away with an unknown amount of money.

The suspects allegedly assaulted and robbed the victim at the deli located at 38-02 Broadway. (Google Maps)