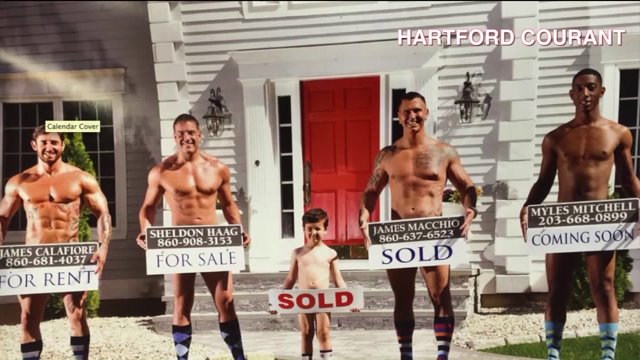 The brokers posed nude for the Glastonbury Chamber of Commerce's 2016 'Men of Glastonbury' calendar with strategically placed "For Sale," "For Rent," "Coming Soon," and "Sold" signs in front of them.

What made the photo controversial was the young boy in the center holding a sign saying "Sold" in front of him, FOX61 reported.

The photo was on the calendars cover.

The Hartford Courant reports the nonprofit Family Institute of Connecticut took issue with the Glastonbury Chamber of Commerce's "Men of Glastonbury Chamber" calendar, complaining the chamber was "peddling pictures of a naked boy."

The photographer said the boy's father was in the photo and the boy was wearing a bathing suit.

The photo is being replaced in future calendar printings.