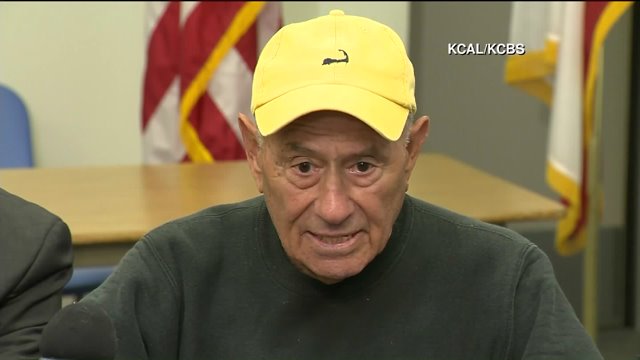 LOS ANGELES — More than 1,000 public schools in Los Angeles were closed Tuesday after the district received what was initially called a “credible terror threat” that mentioned explosive devices and an attack with assault rifles and machine pistols, authorities said.

Officials with the Los Angeles Unified School District (LAUSD), the second-largest school district in the country after New York City, received a threatening email that mentioned the safety of “many” LAUSD schools but did not name specific campuses, LAUSD superintendent Ramon Cortines said.

That threat mentioned backpacks and “other packages,” Cortines said.

“I, as superintendent, am not going to take the chance with the life of a student,” Corintes said, mentioning the recent terror attacks in Paris and nearby San Bernardino, Calif., as lending even more gravity to the situation.

Los Angeles Police Chief Charlie Beck said the email was “very specific to LA Unified Schools” and threatened to use bombs, assault rifles and machine pistols. The origin of the email has not been determined.

“We believe it to be much closer than Germany,” Beck said, referencing the country named by multiple news outlets as being the last known IP address attached to the threatening email.

Rep. Brad Sherman (D-California) said he read the email in question and told CNN the sender mentioned having 32 accomplices and nerve agent, and included a “pornographic reference to a body part.” Sherman said the email specifically mentioned LAUSD.

Also on Tuesday, a threat against New York City schools was made in the form of an email, Police Commissioner William Bratton said. He called that threat “specific but non-credible” and said it is being investigated as a hoax.

The commissioner said the email was similar to messages received at school districts across the country, including in Los Angeles. He and Mayor Bill de Blasio said closing New York City schools in wake of the threat would have been “detrimental.”

Beck derided critics of his city’s decision to close the school district.

All Los Angeles Unified schools are being searched, Cortines said.

Some 640,000 students in kindergarten through 12th grade more than 900 schools and 187 public charter schools in the LAUSD, according to the district's website. The district spans 720 square miles including Los Angeles and all or part of more than 30 smaller cities and some unincorporated areas.

The FBI has been notified and an investigation is underway. Officials said schools were closed "out of an abundance of caution."

"Our actions are swift and they are appropriate given the situation we are in," said Steve Zimmer, LAUSD board president.

Zimmer urged employers to be understanding given the short notice of the closures and that many parents will have to scramble for childcare.

The closures were announced shortly before 7 a.m. PT. Any students who were already en route to or at school are being picked up by their parents or guardians, who will be required to show ID in order to take their child home, the district said.

“We will continue to hope that this is nothing and that our children can be back at school tomorrow,” Los Angeles Mayor Eric Garcetti said.