FBI to have enhanced role in long-unsolved Gilgo Beach murders; some ask what took so long 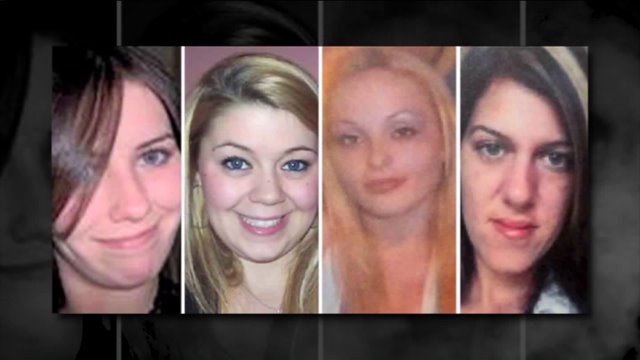 YAPHANK, Long Island — It remains one of the biggest unsolved serial murder cases in America, but now, the Gilgo Beach murders are getting new assistance to help solve them: the FBI. The new move, however, has some people asking what took so long.

Among the critics is a Craigslist sex worker, like many of the Gilgo victims.  She told PIX11 News that evidence she has might point to the killers had been ignored by law enforcement in the past, and that she's cautiously optimistic about the new changes.

Over the course of 20 years, along Ocean Parkway in Gilgo Beach and neighboring Long Island coastal villages, 17 bodies of people associated with the sex trade were dumped, buried and not discovered for years. The first of the bodies to be discovered was found exactly five years ago. The last body was found two and a half years ago. Their killer, or killers, have not been found. Thursday's announcement may help to change that.

"Bringing the FBI to the table," the new Suffolk County police commissioner Tim Sini said, "is a step in the right direction."

The FBI has helped in the investigation in the past in a limited capacity. Under the new approach announced Thursday, the agency will take an enhanced role. Before, the lead agency handling the investigation had kept the role of the federal agents minor. That lead agency was the Suffolk County District Attorney's Office, headed by District Attorney Tom Spota, who had selected as his director of investigations James Burke, who'd served under Spota for a decade, from 2002 to 2012.

Burke, 51, has very recently had significant contact with FBI agents, as a prisoner in federal custody. On Wednesday, FBI agents arrested Burke, who had served from 2012 to November of this year as the chief of the Suffolk County Police Department, on the recommendation of Spota.

Burke was indicted Wednesday on civil rights and obstruction charges related to his accused torturing of a prisoner and covering it up.

Burke stepped down in the midst of the federal probe against him, and at around the same time, almost all of the department's top brass also retired.  The new leadership is bringing in the FBI.  Not everybody is reassured.

"Technically, I was charging money on Craigslist for sex," a woman who agreed to talk with PIX11 by phone said. The woman, whose name PIX11 is withholding at her request, was active on Craigslist as a sex worker around the same time as many of the women who disappeared.  Many of the murdered women were also heavily involved in meeting clients through Craigslist.

The woman tried to convince local police to hear evidence she'd gathered that might point to a killer.  She said she also tried to get federal agents to consider her information.  When she did, she said, "I just felt like I was shut down in every direction."

She said that she's hopeful for change now, but is not holding her breath.

But the lawyer for the family of the most famous Gilgo victim, Shannan Gilbert, said in an interview that he wants to believe that the new changes will allow for agents to better investigate.

"They didn't do it before," attorney John Ray said.  He said that all significant efforts at thorough investigation were discouraged, including requests he had made to have the FBI be more involved.

"Maybe we finally have a crack in the dam," Ray said.