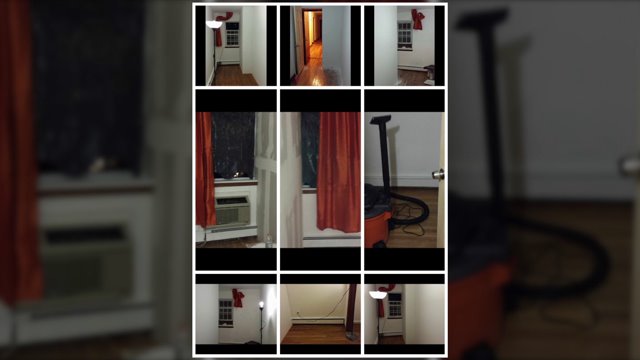 ELMHURST, Queens — Eddie Shiew owns a three-story home in Elmhurst, Queens, as a rental property. He recently rented the third floor, a three-bedroom apartment, to Burak Firik and Dogan Kimilli for $2,500 a month.

But after signing the lease, the landlord says he got a call from one of the tenants on the first floor telling him it appeared that construction was going on in the third floor.

Shiew says he went to the building and found that the third floor was in fact being renovated without his knowledge.

“I went in the next day and found they had turned a three-bedroom into a 10-bedroom apartment."

Shiew said it appeared that through the use of sheetrock, a construction crew had divided each bedroom into three small bedrooms.

He says he then discovered that Firik and Kimilli were listing the rooms for rent on airbnb.com, a website for people looking for a cheap place to stay for a short time, usually in someone’s home. And airbnb customers are who PIX11 found living in the apartment. PIX11 spoke with two tourists who were paying $35 dollars a night for a room on the third floor.

When the landlord found out what was going on, he brought some workmen in and tore down all the renovations, changed the locks on the doors, and demanded that Firik and Kimilli leave.

But the two men took the landlord to court.

“They went to court and got a court order against me, “ Shiew said.  “They said I illegally locked them out.”

The judge ordered the landlord to let Firik and Kimilli back into the apartment. While they haven’t done any more renovations, they are creating spaces to rent on airbnb by using curtains as room dividers.

The landlord has hired an attorney and is trying to evict them, claiming the two men violated the terms of the lease. The lease says “except as authorized by the consent of the Landlord, Tenants will not make any repairs or alterations to the premises."

But Firik texted the landlord, “we know the laws very well, you’ll not be able to evict us ever.”

The landlord’s attorney says he expects the court will order Firik and Kimilli out within a couple of months.

PIX11's Arnold Diaz spoke with Firik by phone, who refused to do an on-camera interview and denied doing renovations to the apartment. He claims he and Kimilli live in the apartment, but the airbnb tenants said they have never met the guys renting the apartment. They say the pay airbnb online.