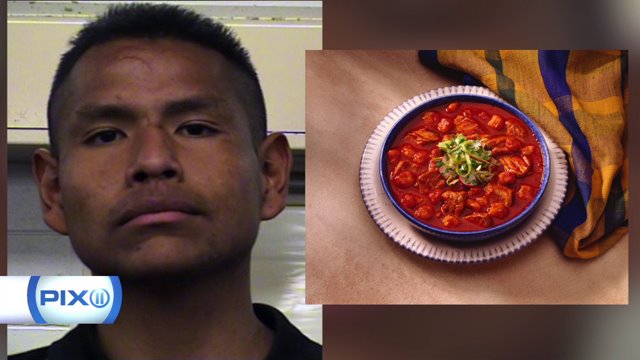 ALBUQUERQUE, N.M. -- There's nothing like a home-cooked meal -- but are you willing to get arrested for it?

Police say an Albuquerque man wanted his mother's traditional New Mexican stew so much he broke into her home and stole it.

The Albuquerque Journal reports that 23-year-old Jonathan Ray was arrested recently after he ignored his mother's orders to stay away from her posole and ran off with the holiday dish.

Posole is a New Mexican stew made from dried corn and meat seasoned with cabbage, chilli peppers, lemons or limes, and salsa.

According to a criminal complaint, Ray sent his mom a text message saying he wanted some of her posole but she told him no.

The complaint says the mother later found her gate and garage broken and a pot of the posole missing.

Ray was arrested on a residential burglary charge. Court records didn't list an attorney for Ray.

It's probably safe to say that Christmas dinner this year in that house is gonna be a little awkward.