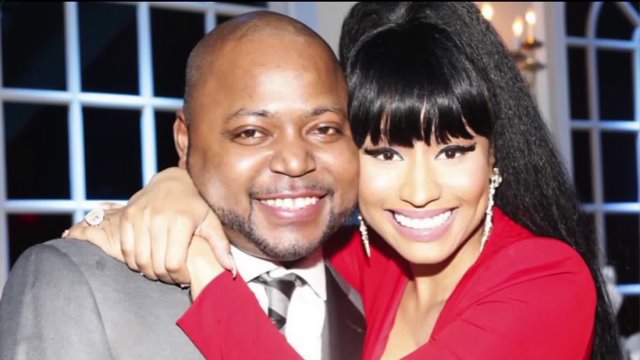 BALDWIN, L.I.— She's best known for her multi-platinum recordings, and an outlandish style to go with it. Now, though, Nicki Minaj is also known as the sister of a man who's been arrested for the rape of a child.  Her brother, Jelani Maraj, 37, is now charged with first degree rape and course sexual contact with a 12 year old girl.

Nobody came to the door on Friday at the home in Baldwin where Maraj lives, but he has top shelf legal representation, and his lawyer has been retained to make statements for him.  That lawyer, Andrea Zellan, is an associate at the law firm of Benjamin Brafman.

It's the same firm that represented Dominique Strauss Kahn, the former director of the International Monetary Fund, who was himself charged with sexual assault.  He ended up settling with Nafissatou Diallo, a maid at his hotel, whom he was accused of molesting four years ago. The settlement was for an undisclosed sum.

As for Jelani Maraj, Nicki Minaj's brother,  one reason he may not have been home is that he was taken to a hospital, complaining of chest pains, after his arrest on Tuesday.  He was arraigned at his hospital bedside on Thursday.

Just three months ago, Maraj got married to his longtime girlfriend.  Nicki Minaj foot the bill, and on her Instagram post from the wedding, she wrote, "Jelani, I love u more than you'll ever comprehend."

The two are close -- in another Instagram post she calls him her king.  Still, Nicki Minaj has not commented about her brother's case, for which he was given $100,000 bail.