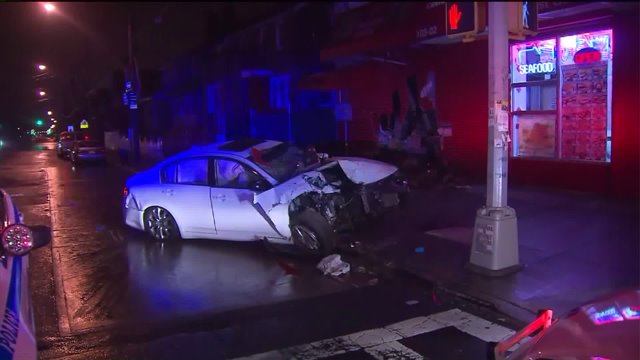 The vehicle described as a White Infinity jumped the curb and struck two men before it collided in the venue, according to cops.

The victims were taken to local hospital with broken legs, police said, but are in stable condition.

The driver fled to whereabouts unknown.