Hoboken water may not be restored until after Thanksgiving: officials 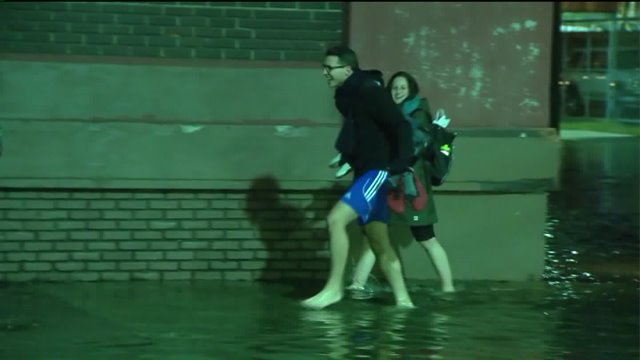 HOBOKEN, N.J. – A water main break that left Hoboken dry Sunday is turning into a holiday headache that might not recede until after Thanksgiving, according to officials.

While SUEZ Water workers tried to fix a broken transmission line near the southwest border with Jersey City, a 36-inch valve failed Sunday night, further delaying repairs to the infrastructure.

"Repairing the valve is a complex procedure, due to its size and location underground, and could take several days," city officials said in a press release.  "As a result, the City of Hoboken will have lower water pressure than usual, and residents, especially those on higher floors, should expect to have lower water pressure, discolored water, or at times no water while repairs are ongoing and as water demand changes throughout the day."

Officials are urging residents to conserve water as much as possible – especially during peak hours in the morning and evening – so that firefighters will be able to put out fires.

The boil water advisory remains in effect – tap water should be boiled for one minute before drinking, cooking, brushing teeth, etc.  Boiling isn't necessary for washing clothes or dishes.  Residents should continue to boil water until further notice.