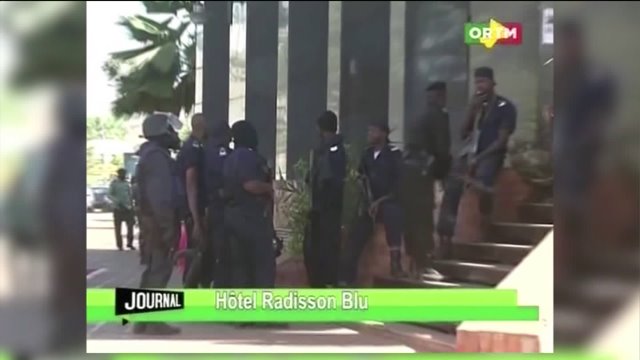 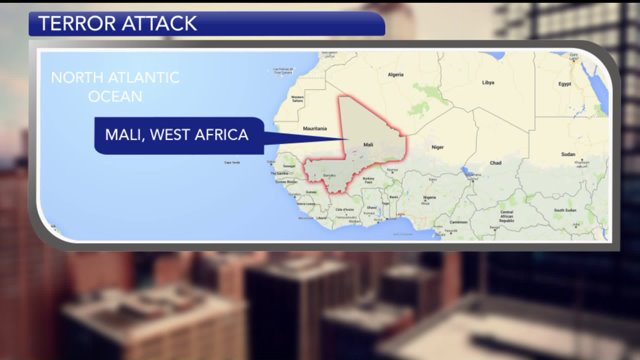 BAMAKO, Mali — Malian national television reported that no more hostages were being held at a luxury hotel after a day-long siege by Islamic militants.

A total of 21 people were killed in Friday's attack on the Radisson Blu Hotel in the Mali capital of Bamako, United Nations spokesman Olivier Salgado said, according to CNN.

National broadcaster ORTM, citing security officials, said 18 bodies already had been at the hotel and that no more hostages were being held. A source with Mali's U.N. mission said at least 12 bodies had been recovered from the hotel. The source spoke on condition of anonymity because he was not authorized to speak to the media.

It was not immediately clear whether attackers were still alive inside the hotel.

An extremist group that two years ago split from al-Qaida's North Africa branch claimed responsibility for the attack on the Radisson Blu hotel in Bamako.

Several gunmen took over the hotel Friday, throwing grenades and initially taking hostage 170 people. A Mali army commander said the attackers stormed the hotel shouting "Allahu Akbar," or "God is great," in Arabic before firing on the guards and taking hostages.

The hotel company had released a statement saying two gunmen have taken hostage 170 people – 140 guest and 30 employees – and are working with local authorities to offer any support possible:

THE REZIDOR HOTEL GROUP, OPERATOR OF THE RADISSON BLU HOTEL BAMAKO / MALI, IS AWARE OF THE HOSTAGE-TAKING THAT IS ONGOING AT THE PROPERTY TODAY, 20TH NOVEMBER 2015. AS PER OUR INFORMATION, TWO PERSONS HAVE LOCKED IN 140 GUESTS AND 30 EMPLOYEES. OUR SAFETY & SECURITY TEAMS AND OUR CORPORATE TEAM ARE IN CONSTANT CONTACT WITH THE LOCAL AUTHORITIES IN ORDER TO OFFER ANY SUPPORT POSSIBLE TO RE-INSTATE SAFETY AND SECURITY AT THE HOTEL. AT THIS POINT, WE DO NOT HAVE FURTHER INFORMATION AND CONTINUE TO CLOSELY MONITOR THE SITUATION.

The U.S. Embassy in Mali asked citizens to shelter in place amid reports of an "ongoing active shooter operation" at the Radisson Blu Hotel in Bamako, raising fears of a terror attack.

SECURITY MESSSAGE (1/4) The Embassy is aware of an ongoing active shooter operation at the Radisson Hotel.

Following a military coup in 2012, Islamic extremists took control of northern Mali, prompting a French-led military intervention in early 2013. The extremists were scattered from northern towns and cities, though the north remains insecure and militant attacks have extended farther south this year.

About 1,000 French troops remain in the country.