One dead, dozens injured and left homeless after explosion at Elizabeth home 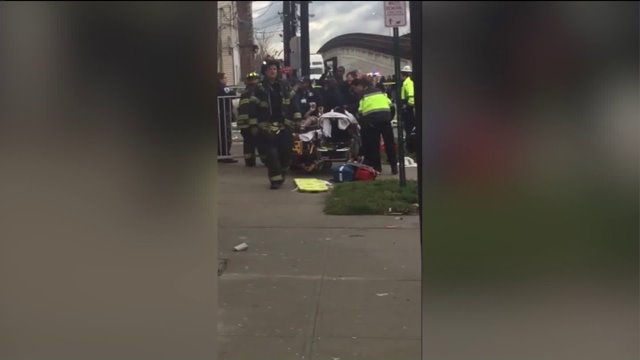 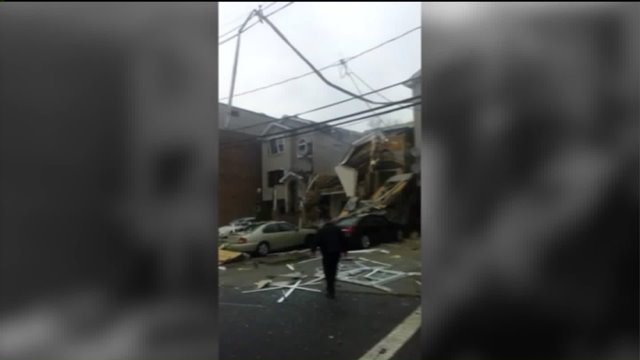 ELIZABETH, N.J. – A man is dead and more than a dozen others are hurt in the wake of an explosion at a home in Elizabeth, according to the city's mayor.

It happened about 8 a.m. in the 1000 block of Magnolia Avenue, where the second floor of a home was leveled, according to officials and witness video.

There has been one confirmed fatality, according to Mayor J. Christian Bollwage. The mayor said the deceased is a man but his name is being withheld until his family is notified.

Fifteen others were hurt, including an 11-year-old, Bollwage said in a noon news conference. Two of those victims are in critical condition, he added.

One person was unaccounted for but has since been found, officials said in a 3 p.m. update.

Most of those in the duplex -- more than a dozen in all -- were in the rear of the house and some were still sleeping when the blast went off, Bollwage said. It's not known whether there were any illegal apartments in the duplex.

Witness video from the scene showed three adults rushing out of the home's front door, one of them with what appeared to a child in his arms. Crowds gathered on the sidewalk said it appeared that more people were still inside, according to the video.

Seven buildings near the blast site were impacted, Bollwage said. Residents in those homes self-evacuated and it is unclear whether anyone suffered injuries related to the explosion.

Crews from Elizabethtown Gas are on the scene and cut gas to homes in the area.

The cause of the blast has not been determined. A perimeter around the home has been expanded.

We are "trying our best to ensure the safety of residents in the area," Borne said when asked what the utility wants neighbors to know.

A pastor at the scene told PIX11 News dozens of residents have been displaced and his church will be opened as a shelter for those who need it.

Red Cross has responded and is helping 13 families displaced by the explosion.