Body found after car plunges into water in Gerritsen Beach 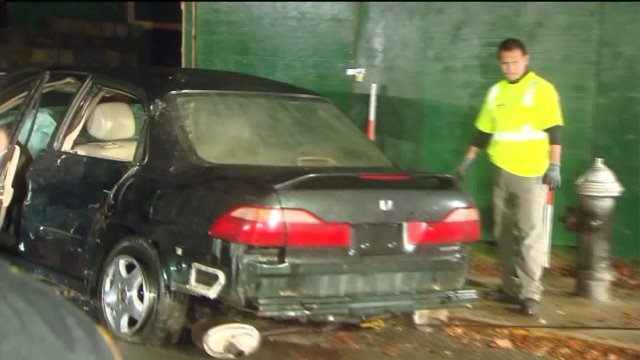 GERRITSEN BEACH, Brooklyn — Divers have recovered a body from a car that plunged into the water in Brooklyn Tuesday afternoon.

Police say the NYPD's Harbor Unit discovered a car in the off Gerritsen Avenue near Lois Avenue just before 4 p.m., in Gerritsen Beach.

Surveillance video from a nearby home showed the car driving at a high speed towards the water. The car crashed through a fence and landed in the water.

When divers recovered the car, they found the driver dead with the airbag deployed.

The driver was later identified as James Miro, 31, of Brooklyn.

The medical examiner will determine the cause of death.