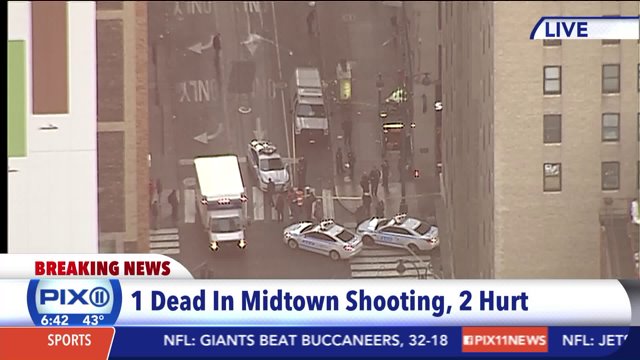 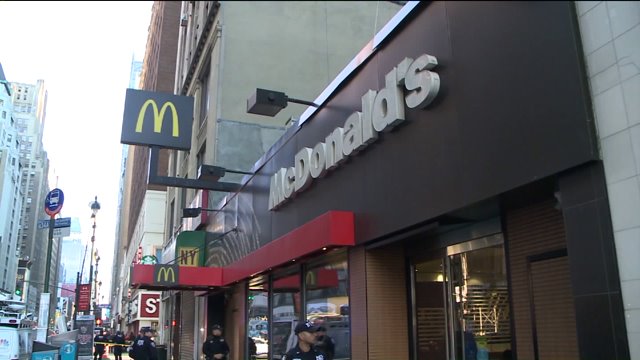 MANHATTAN — An early morning argument at a midtown McDonald's appears to have sparked a deadly shooting near Penn Station, authorities said Monday.

It began about 6 a.m. near 35th Street and Eighth Avenue, a block north of Penn Station, police said.

A group of people were drinking coffee inside a McDonald's restaurant when a man came in and spoke briefly with them, Chief Robert Boyce said.

Because of how short their conversation was, investigators do not believe the shooter knew the victims, Boyce said.

Soon after, the group left the restaurant and went into the subway -- of their own volition -- and that's when shots rang out, Boyce said.

The shooter followed the group into the subway station that services the A, C and E lines and a total of four rounds were fired from what appears to be a 9 mm weapon, he said.

No cameras were monitoring the portion of the subway station where the shooting occurred, Boyce said.

Police said the shooter may have escaped in a car, citing a 911 caller who reported seeing a possible get-away vehicle. The shooter is described as a heavy-set male wearing a black hoodie, police said.

Some lanes near the scene are closed while the investigation continues. Transit in the area is not affected.