Starbucks holiday cups are back, but some are outraged by the new design 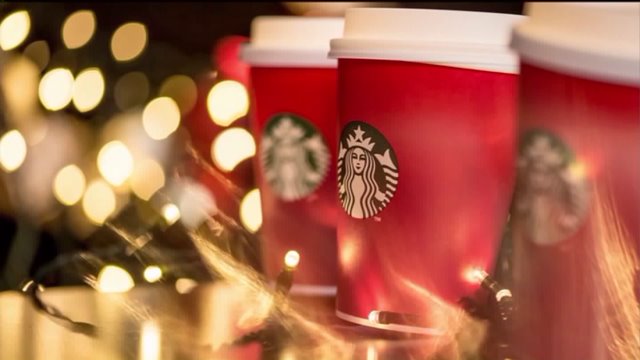 Starbucks released its new red holiday cups this week, but not everyone is happy about the new design, calling it a "war on Christmas."

The coffee chain's signature holiday cups this year are designed in a simple ombre red color, much different from its previous holiday cups that featured Christmas-like decorations on them.

“In the past, we have told stories with our holiday cups designs,” Jeffrey Fields, Starbucks vice president of Design & Content said in the statement. “This year we wanted to usher in the holidays with a purity of design that welcomes all of our stories.”

“Starbucks has become a place of sanctuary during the holidays,” Fields said. “We’re embracing the simplicity and the quietness of it. It’s more open way to usher in the holiday.”

Not everyone is buying into the redesign though. Some Christian groups were outraged by it and said the company is being a "scrooge" and trying to "hide the religious message behind Christmas," according to Breitbart London.

Some people are also voicing their outrage over the new stripped down design on Twitter.

@Hael381 @wdumee I would never spend one penny there anyway so screw them. MERRY CHRISTMAS!!!!

Others are okay with the new design and are just happy the holiday cups are back.

You know it's time to start using your Christmas emojis when Starbucks brings out their Christmas cups🎄🎅🏼🎁#starbucks pic.twitter.com/NdZ6OlwhVI

I am glad Starbucks has the plain simple red cups this year. way to represent the holidays to everyone not just to those who are christian