Woman struck and killed by hit-and-run driver in Flushing, Queens 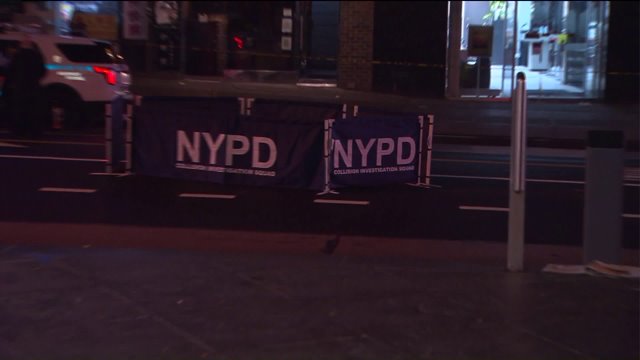 FLUSHING, Queens -- A bus involved in a fatal hit-and-run in Flushing, Queens may possibly be in Connecticut.

Connecticut state police stopped a bus in Madison, but would only confirm that it is "cooperating with an investigation with the NYPD" early Friday.

Cops said they found the woman lying in the roadway with severe injuries. Crews pronounced her dead at the scene.

The driver of the vehicle fled the scene, police say, and no arrests have been made.

The identity of the woman has not been released.