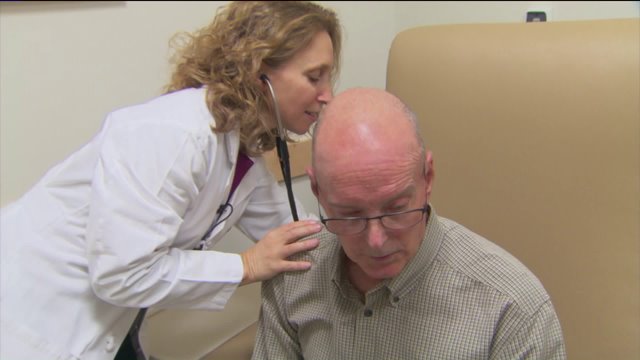 It was the killer of millions of people with AIDS more than three decades ago.  Now, a genetically altered HIV virus is being used to eradicate cancer.

Researchers at the University of Pennsylvania Medical Center's Abramson Cancer Unit have been using the breakthrough treatment with great success in clinical trials that began in 2010.

The virus has been engineered so that it can't cause the disease anymore but it still retains a program so that it will now attack cancer cells. Each call can kill more than 1,000 cancer cells.

Bill Ludwig, a 70-year-old retired corrections officer, was at the end of the line when he volunteered to be the first person to sign up for the experimental therapy.  He hadn't responded to 10 years of chemotherapy or other treatments.  But the altered HIV penetrated his ailing body and he has been cancer-free for five years.

Ludwig, who was suffering chronic lymphocytic cancer, was among 14 patients in the initial phase of clinical trials to respond favorably, with others like him in remission more than five years.  More extraordinary, 90 percent of the some 40 children involved in the breakthrough therapy are also showing positive results.

Researchers are hopeful that someday this remarkable therapy will win FDA approval that would allow wide-scale use. Medical researchers are now beginning clinical trials with the altered HIV on patients with other forms of cancer, including pancreatic, ovarian, brain and forms of blood cancer.