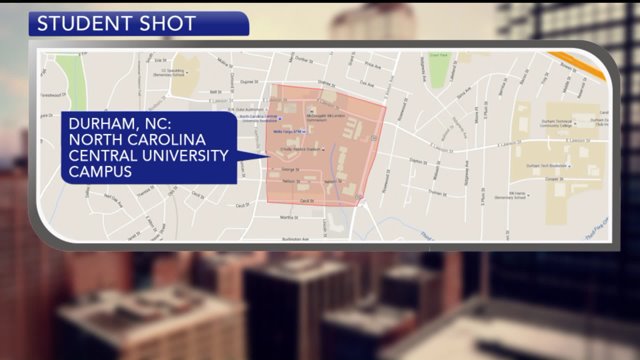 DURHAM, N.C. –A lockdown has been lifted at North Carolina Central University in Durham after an on-campus shooting left one student injured.

The university said in a statement Sunday night that the shooting happened around 11 p.m. Sunday on the edge of campus.

The statement says the student was taken to a hospital with injuries that were not life-threatening.

An emergency alert warning students was initially issued on social media, advising them to "seek shelter away from gunfire" and to "lock" their doors about 11:14 p.m. Sunday. The statement says an "all clear" was issued at 11:50 p.m.

University spokeswoman Ayana Hernandez says no arrests have been made. Campus police are investigating.