Is ‘no-snitch’ code leaving $75,000 on the table and murder of girl unsolved? 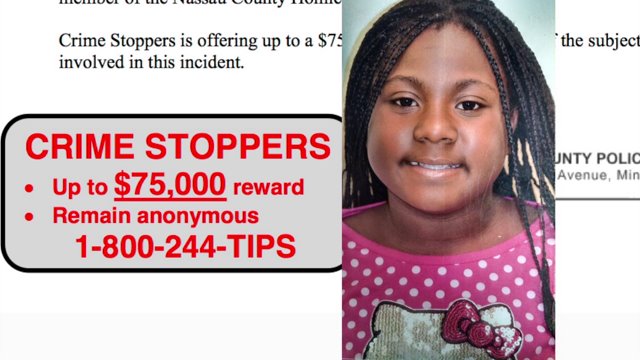 HEMPSTEAD, N.Y. — As part of an intense search to find out who fired a stray bullet that killed 12-year-old Dejah Joyner, an exceptionally large reward had been put forward: $75,000.

But the fact that the reward hasn't been sought and no firm leads have surfaced underscore a larger problem in many communities about snitching. That problem may be reduced if more people with information about unsolved crimes understand that police have absolutely no idea who they are if they come forward.

"These young people have this no snitching thing," said Reginal Lucas, president of the Hempstead Coordinating Council. "It's something they seem to respect," he said.

Lucas is one of the two people who runs the non-profit that connects Hempstead Community groups with residents in their village. The other person who runs it, Vice President Barbara Borum, discussed one major challenge in the wake of Dejah's Joyner's tragic death.

"If there are those involved," Borum told PIX11 News. "[They ask] is it worth it, because snitching could cost your life."

"Rewards help, in my experience, about 75 percent of the time," he told PIX11 News in an interview.

Among that 75 percent, for example, is "Unabomber" Ted Kaczynski who was caught for killing three people and injuring 23 others in bombings over 17 years after his brother sent in a tip. The brother collected a $1 million reward.

In the other 25 percent of cases is the bomber of the Times Square Military Recruiting station in 2008 as well as other sites in Midtown Manhattan. He remains on the loose, despite the fact that the reward for his arrest was increased this year to $115,000.

Preventing Dejah Joyner's case from becoming like that, could involve at least a couple of things, said Giacalone. "I went to the [Nassau County] Crime Stoppers website," Professor Giacalone said. " I don't see this case there at all."

It also helps, he said, for potential callers to Crime Stoppers to know that their call is fully blind to the police. Giacalone said that the information is handled by a third party in Canada, not by any U.S. law enforcement entity. The Canadian call center then assigns the caller a number, that police never know.

"Your number is never shown," Giacalone said. "And to get your reward, you provide the code number. The police never know who you are. It's built that way for a reason. So nobody gets hurt giving up information."