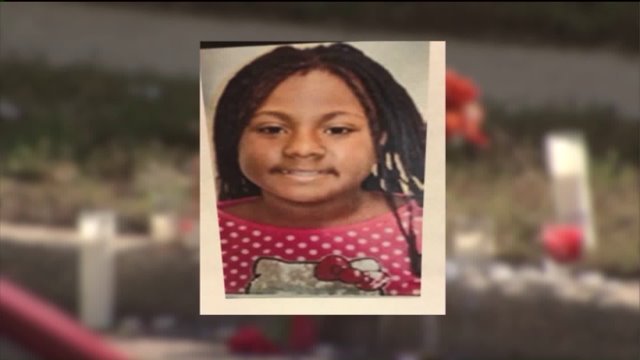 HEMPSTEAD, N.Y. — The 12-year-old girl who was shot in the head by a stray bullet died Saturday night, officials said.

Joyner had a bullet lodge in her head after a gunman opened fire from his car to Joyner's home. The gunman was aiming for a young black man who lived in the same home, police say.

Family and neighbors gathered together Sunday to remember Joyner and express outrage over the shooting.

Neighbors said there has been multiple shootings on the block this year. A neighbor said he counted five targeted shootings there this year.

“I just went to Home Depot this morning. I bought all the packages that I need to pack and leave. Cause I’m afraid this is gonna get worse. This is not gonna get any better. This is a gang-related thing. This is like, back and forth. They go do their thing, they come back. And an innocent girl just got in the middle. I don’t want my family to be next,” said Alex Cruz.

Police are still looking for the suspect involved in the shooting. They are offering $75,000 reward for any information on the incident.

Police have promised to increase patrols in the neighborhood. Anyone with information on the drive-by shooting should call 1-800-244-TIPS.