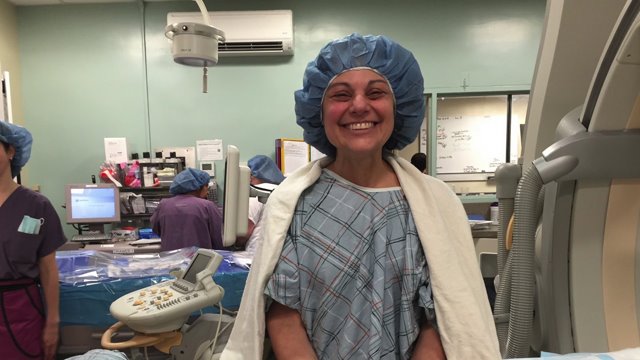 Mary Ann DiCanto’s daughter wasn’t engaged or getting married but the precious moment of a young woman shopping for her wedding dress with her mother was a memory the two shared several months ago in case DiCanto wasn’t alive to experience it firsthand.

DiCanto fought breast cancer once in 2003 and a bilateral mastectomy, chemotherapy and radiation followed. She was cancer free for nearly 10 years, but it came back. This time as stage four metastatic breast cancer.

“I did the strongest chemo. All the surgeries, the best radiation they had at the time. I took all pills they told me to take. I ate well, I exercised, I did everything right and it still came back,” recalled DiCanto.

Another common myth is there is a very low survival rate with MBC. Here’s the truth- While patients will battle the disease for the rest of their life, many will lead full and productive lives

DiCanto’s mother did just that. It is something DiCanto reminds herself of daily, even when her original oncology doctors told her her days were numbered.

“How is it that possible that my mother in 1981 lived for 14 years with metastatic disease and you're telling me that my life expectancy is 33 months at the most. This month is 33 months for me and I’m here,” said DiCanto.

Today, DiCanto says it’s the first time she feels Breast Cancer Awareness Month is including women like her. A Times Square billboard now sheds light on Metastatic Breast Cancer with flashing facts about the disease and featuring the faces and images of women living with it.