Queens squatter changes locks on home after getting $12K to leave 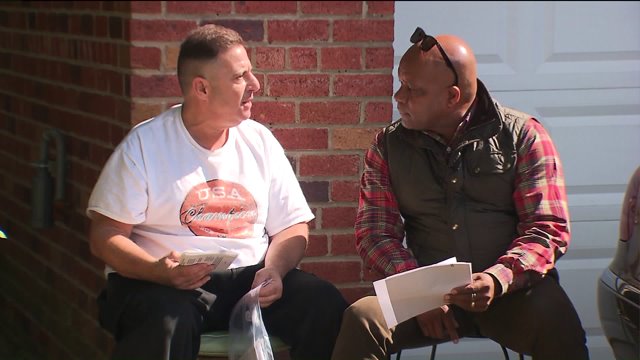 Lately it seems I’ve been dealing with a lot of squatters. People who just set up shop in a home or apartment without a lease and without paying rent.  But I’ve never met a squatter like Michael Lindner.

For years, Lindner rented from Lena and Bill Sakirsky in Bayside. They decided to sell their rental property and thought they’d seen the last of their old problem tenant after they paid him to leave by July 1st.

Lindner moved out. But when the Sakirsky’s real estate agent went to do a final walk through in the house, she couldn’t open the door. The locks had been changed. And guess who was living there.

I found Michael Lindner out walking one of his two Argentine mastiff dogs. He agreed to sit down and talk to me.

Michael: “They never gave me a penny!”

Michael: “I never signed anything!”

Howard: “So this is just a lie that they’re making up?”

Michael: “I got money. Ii can afford a new apartment.”

Michael: “You know what’s slowing me down? The two dogs. A lot of people won’t rent to dogs.”

Meanwhile, it looks like the Sakirsky’s will have to go to court to get Michael Lindner out. And who knows how long that may take and how much that may cost them?  Lena says it’s already cost them the sale of their house.

“We’re desperate. We don’t know what to do. And we try to knock on every door that’s possible.”

We’ll stay with the story and bring you updates.  Maybe Lena and Bill will get lucky and Michael will do the right thing.