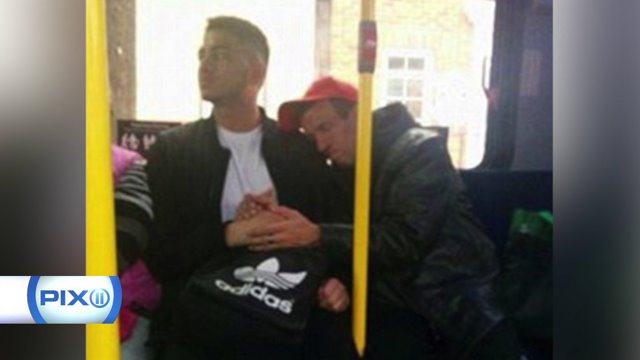 CANADA – A photo of a generous young man holding hands with a stranger with special needs has gone viral.

"I thought I was getting pranked at first, but he just needed comfort," Cuotto told Huffington Post. "Sometimes you just have to be selfless and put someone else's needs above yours."

For the duration of the 30-minute bus ride, Cuotto held his hand as Robert leaned on and hugged him.

A stranger posted a photo of the two on a Facebook community forum, which has since gained nearly 50,000 likes and 2,500 comments.

Later, Robert’s family reached out to Cuotto on Facebook to thank him. They said Robert has cerebral palsy and is deaf.

In an interview with radio station Kiss 92.5, Cuotto credited his mom for his good manners: “I was raised by a queen.”