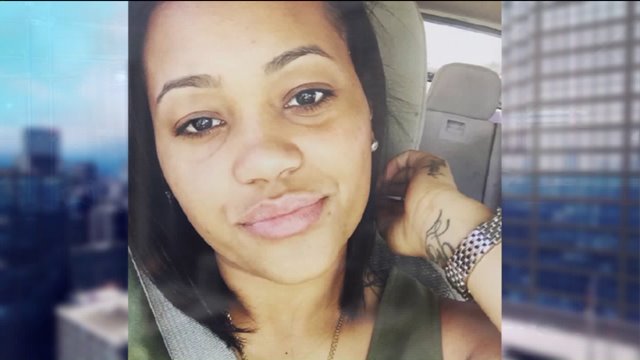 The shooting happened outside Club Motivo at 915 Broadway just after 4 a.m.

24-year-old Walikque Faussett, from the Bronx, was shot and killed in front of a Flatiron club.

One of the women, 24-year-old Walikque Faussett, of the Bronx, was struck by a bullet in the back and later died at the hospital, police said. A 25-year-old woman was shot in the hip and foot and the other woman had a bullet graze her shoulder, according to the NYPD.

Witness Miguel Gomez saw the altercation that may have led to the shooting.

"[The suspected shooter] tried to start fighting with another man inside the club [and then security] put him outside," Gomez said. "They didn't let him back in. He said, 'That's how it's going to be?' He goes back inside the car. I don't know if it was him who shot [at the women]. He [ran] into the back into the black BMW and that's when I heard the gunshots, and heard the three ladies."

Joyce Hodges, the friend of the victim who was grazed by a bullet, said they were simply outside, trying to hail a cab to go home.

"We're were just standing outside waiting for a cab," Hodges said. "And shots just fired."

The shooter, who appears to be a man in his 20s, was last seen wearing a red and black hoodie and fled inside a black BMW, according to cops.

"I wasn't sure what it was," a man, who was passing by the street at the time of the shooting, said. "As a I approached I saw the screaming, the mayhem. Definitely uncommon for this part of town."