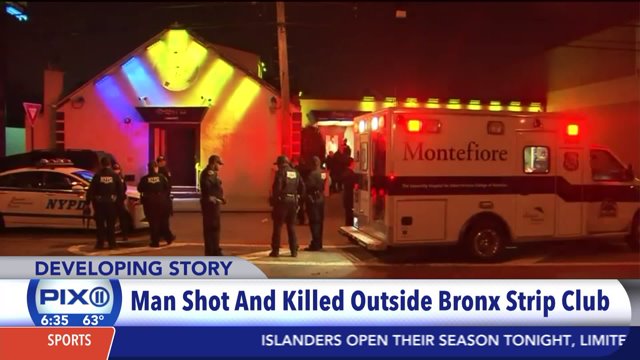 THE BRONX – A  man has died after being shot at point-blank range outside a Bronx strip club early Friday possibly while he tried to break up a fight in the parking lot, police said.

The shooting happened about 4:20 a.m. in front of Key Club Cabaret on 4139 Boston Road, authorities said.

Police said it appears the still-unidentified victim was a patron of the strip club. He went to the parking lot to break up a fight between two groups of women and that's when a man fired at him, police said.

The victim was taken to a hospital with gunshot wounds to his head and stomach, police said. He was pronounced dead upon arrival, police said.

Investigators said it appears the victim was the shooter's intended target. There's no word if the victim and his killer knew each other. A description of the culprit, who has not been caught, was not immediately released.