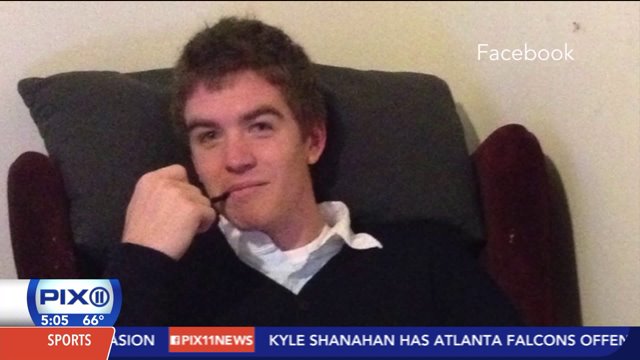 BROOKLYN — A Brooklyn man was named as one of the 33 people aboard the ship, El Faro, that disappeared during Hurricane Joaquin.

Mitchell Kuflik, 26, lived in Prospect Heights. His building superintendent, Stefan Dabreo, was shocked to learn he was an engineer aboard that cargo ship.

According to Dabreo, a woman came by the building yesterday to gather some of his belongings.

According to Dabreo, Kuflik lived with his fiancé in the Underhill Avenue apartment for about two years.

El Faro was heading from Jacksonville, Fla. to Puerto Rico when it suffered a mechanical problem. It ran directly into the path of Hurricane Joaquin.

The U.S. Coast Guard called off its search for survivors on Wednesday.

"While the search might be over, our support and commitment to families, loved ones and friends of those on board has not ended, nor will it," said Phil Greene, CEO of Tote Services, the company that owned El Faro.

Kuflik, originally from Connecticut, attended Maine Maritime Academy. According to the school, five of its alumni were on the doomed cargo ship.

One of Kuflik's professors wrote on Facebook Thursday, "Engineer Mitchell Kuflik, MSE 2012......a great, smart, wise ass engineer who could easily make me laugh.... Dylan, Mitch, Mike along with Mike, Danielle and your fellow shipmates.....may the Heavenly Father watch over you all forever more....sail on...."

Dabreo said Kuflik's heartbroken fiance is in Connecticut, where she is grieving with family.

"I asked her to stay close to her family and ride out the storm."​