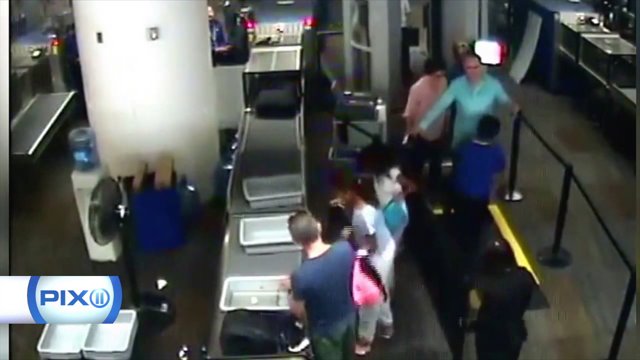 NEW YORK – Over the summer, British singer Morrissey made headlines after claiming that a TSA officer at San Francisco International Airport "groped my penis and testicles."

Now, Gawker has obtained video of the security check when the alleged sex assault happened July 27.

Morrissey posted his explanation of what happened online, saying he went through a full-body scanner and "all was well – no bleeps and nothing unusual," but was stopped by a security screener.  The TSA officer "crouched before me and groped my penis and testicles," Morrissey said.

When Larry King asked him for full details in an interview, Morrissey said, "He put his finger down my rear cleavage . . .  (then) he went straight for my private bits."

Morrissey said he filed a complaint after the incident, and confronted the officer.  This is the exchange that he remembered:

TSA responded to the star's allegation in a statement to Rolling Stone, saying:

"TSA takes all allegations of misconduct seriously and strives to treat every passenger with dignity and respect.  Upon review of closed circuit TV footage, TSA determined that the supervised officer followed standard operating procedures in the screening of this individual."