Petition to ban gun shows from county center in Westchester 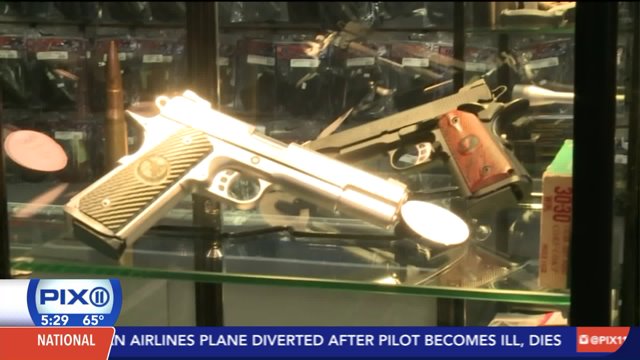 A petition asking County Executive Rob Astorino to permanently ban all gun shows from being held at the Westchester County Center in White Plains has more than 800 signatures and getting more minute by minute.

"People are getting immune to all these tragic incidents and that's why I think the county has to take some actions," said Greenburgh Town Supervisor, Paul Feiner.

Greenburgh Town Supervisor Paul Feiner spearheaded the efforts in the aftermath of the deadly Oregon shooting and says enough is enough. In Westchetser County, he said an almost annual gun show sends the wrong message, especially when it's held in a public building funded by taxpayer dollars.

"There's a second amendment right to own guns, but there's no second amendment requirement that government buildings that are taxpayer funded be used as a place where people will be purchasing guns from," said Feiner.

While he has once allowed a temporary gun show ban at this facility following the tragic shooting Newtown, Connecticut, this time Rob Astorino has remained quiet on the issue.  It's no secret he has ambitions to one day hold state office and going against guns now may eventually isolate many upstate voters.

In the meantime, gun owners like Ben Rosenshine said he doesn't understand why a permanent ban is necessary.

"It's not like the county is endorsing it. No more than the county endorses the baseball card show my son went to the other day .  It's just a venue that's being rented because that's what it's there for," said Rosenshine

Rosenshine runs Blueline tacticle and police supply.  He prides himself in teaching gun safety from the ground up and while he has been a vendor for the local gun show in the past, he says he does things the right way.  That means through verification, full background checks with the FBI, all  practices no different from his shop.
However, what the public fears, he believes are those who don't and as the gun debate rages on,  Rosenshine said many gun owners like himself are on the defense.

"We're kind of under attack and it's not that we don't feel for the victims. We do, but I think the debate needs to be not about whether guns are safe or not because anything can be used improperly," said Rosenshine

PIX11 reached out to Astorino for comment, but never received a call back.