One dead in new Legionnaires’ cluster in the Bronx 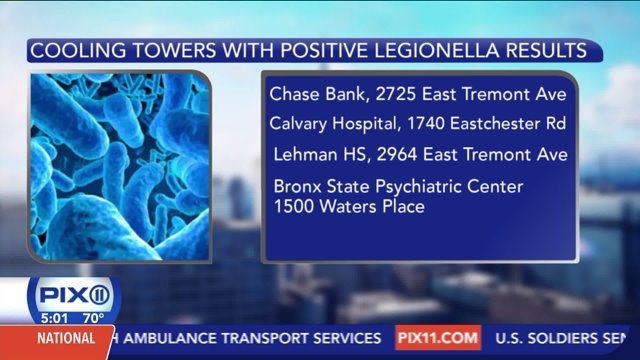 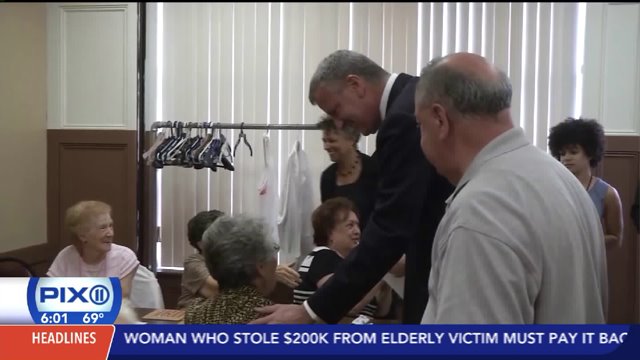 MORRIS PARK, The Bronx — A patient is dead in connection with the most recent cluster of Legionnaires' disease discovered in the Morris Park section of the Bronx, health officials said Wednesday as they revealed the total number of cases in this cluster has risen to 13.

The deceased was not identified, but city health officials said all patients in this cluster have underlying health conditions, a risk factor that increases a patient's chance of dying.

All the patients' symptoms were detected before Sept. 21, health officials said.

Health officials said these cases are not connected to a Legionnaires' outbreak in the same borough last month that claimed 12 lives. In that instance, more than 120 people were sickened when they were exposed to significant amounts of the bacteria Legionella.

Legionnaires' disease is a severe form of pneumonia that is easily treatable with antibiotics if caught early, according to the federal Centers for Disease Control and Prevention. It is not spread person to person but rather patients contract the illness when they breathe in mist that contains Legionella, which thrives in water systems.

Symptoms show up 3 to 10 days after exposure and are similar to those of the flu, including fever, cough and shortness of breathe.

It is not clear yet where the bacteria in the new outbreak originated. Searching for the culprit, the city tested 35 cooling towers in Morris Park last weekend and these seven came back positive for Legionella:

Last month's outbreak in the South Bronx -- the largest in city history -- inspired new legislation that requires building owners to regularly test for the disease-causing bacteria in their cooling towers and disinfect those towers if Legionella is found.

Cooling towers at the Opera House Hotel were pinpointed as the source of the August outbreak though several other towers in the area tested positive for Legionella, city health officials said.

Every year, there are about 200 to 300 cases of Legionnaires' disease in New York City alone, health officials said. Groups at highest risk for the illness are the middle-aged or older, cigarette smokers, people with chronic lung disease or weakened immune systems.