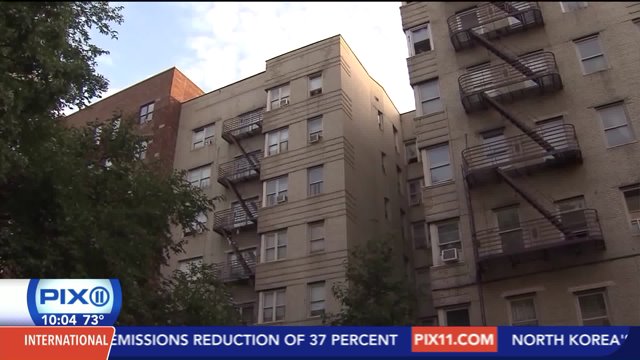 WEST FORDHAM, The Bronx — Investigators responding to an emergency call found a newborn baby, her umbilical cord still attached to her tiny body, lying dead outside of a multi-story Bronx building, police said.

A 911 caller told police the child had fallen about 2:30 p.m. Monday from a window at 130 West 183rd St., according to the NYPD. Officers at the scene went up to a seventh-floor unit during the investigation, officials said.

The baby, whose body was found in a courtyard in front of the building, was pronounced dead at the scene.

"The fact of the matter is that it's a child," said one young mother who did not giver her name. "Nothing like that has ever happened over here with kids. I'm upset. It's a baby."

Detectives and investigators from the medical examiner's office are working to figure out whether the newborn was alive before the fall.

The baby's identity has not been released.

Police say they are questioning the mother, but no arrest has been made.