Pope Francis brings his message to world leaders at UN 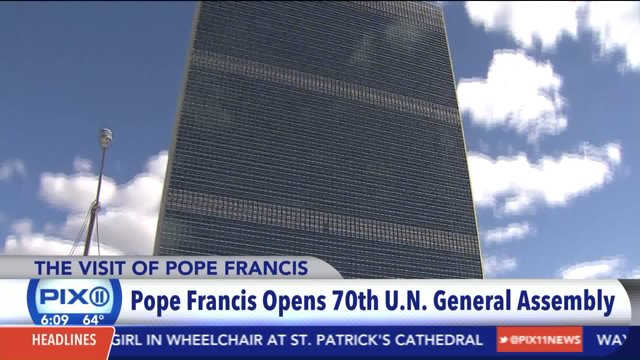 NEW YORK— From the world stage of the United Nations to an inner-city school, Pope Francis is emphasizing themes that have shaped his popular papacy as he packs in encounters with the powerful and the poor in New York City.

His agenda for Friday reflects both his global stature and his of-the-people approach.

It includes events as large as a processional drive through Central Park, as personal as meeting schoolchildren and immigrants, and as inspiring for the faithful as Mass for thousands in Madison Square Garden. It will take him from the solemnity of ground zero to the struggles of East Harlem.

Francis will start at the U.N. He’ll address world leaders gathered for a General Assembly summit to adopt new global goals to fight poverty and preserve the environment.