Global Citizen Festival 2015: Everything you need to know about the epic concert starring Beyonce, Coldplay and more 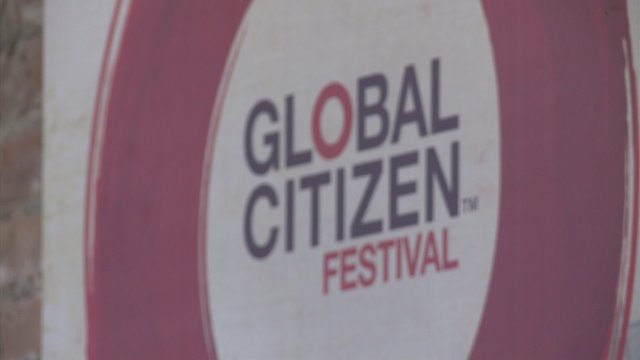 NEW YORK (PIX11) -- Its become a ritual for the past four years where the biggest names on earth from the worlds of pop and politics converge onto Central Park with one mission.

The 2015 Global Citizen Festival will pack a punch this weekend with a goal to end extreme poverty by 2030, putting a spotlight on an issue that can no longer be ignored.

“The fact that a child could die from the lack of access to a .30 cent immunization is the most extreme form of poverty,” explained Justine Lucas, Global Director of Programs at the Global Poverty Project.

“The 2012 brought attention to that for the first time here in New York City and from that we have been able to build this movement.”

The free- ticketed show which will be headlined by Beyonce, Pearl Jam, Ed Sheeran and Coldplay, celebrates the leaders, activists and advocates among us who took matters into their own hands to be part of the solution.

“They had to pick up the phone and call the State Department, they were sending emails that they were writing themselves and they were tweeting at world leaders,” Lucas said.

Come Saturday some of those world leaders will be making commitments to the cause as they take to the big stage on the Great Lawn of Central Park.

The already stellar line-up reportedly has two new VIP additions. According to reports, First Lady Michelle Obama and Vice President Joe Biden will be in attendance, adding on to what is already a high security event for the city.

One thing organizers are stressing for anyone who is going to the show, please come early. They are expecting 60, 000 people to be on hand for the event so the earlier concert-goers arrive, the better.

Also, there are incentives to arriving early. A few lucky early birds will have the chance to get upgraded to VIP seating.