‘It was her time to die’: Mother of Baby Doe appears in court as new details emerge 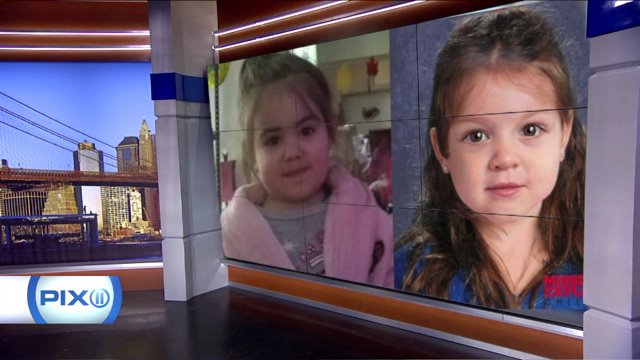 Little Bella Bond was allegedly killed by her mother's boyfriend because he thought she was possessed and "it was her time to die," a prosecutor told a judge at a Monday bail hearing.

Bella's mother, Rachelle Bond, wearing a zippered hoodie, and the boyfriend, Michael McCarthy, wearing a button-down, appeared in a Boston court for the proceeding. They watched from behind a glass partition as a judge granted a prosecutor's request that McCarthy be held without bail. The judge also set bail for Bond at $1 million "to ensure her appearance."

They both pleaded not guilty.

Bella's father, Joe Amoroso, who never met his daughter in person, sat on the front row, appearing to compose himself, tensing his jaw and pursing his lips at times. His face became flush as details of the case were relayed to the judge.

Amoroso told reporters he knew Bond didn't kill their daughter and said a track mark on Bond's neck leads him to believe she was sedated against her will because he doesn't see how she could have injected herself.

"I was with her for quite some time and I know more about Rachelle than a lot of people do," he said.

Suffolk County Assistant District Attorney David Deakin explained how a woman walking her dog found the girl June 25 in a plastic contractor bag on a rocky shoreline in the Boston Harbor after the bag drew the attention of her pet. Inside, authorities found the the child alongside two blankets, Deakin said.

A lifelong friend of McCarthy's, who had previously lived with McCarthy and Bond, told authorities that the pair had claimed that the state Department of Children and Families had taken the girl, Deakin said.

The pal was walking with Bond one day when Bond told him that she had recently quit using drugs. When the friend suggested she might be able to get Bella back now that she was clean, Bond broke down in tears, Deakin said, relaying the friend's account.

"I'll never see my daughter again," Bond allegedly told the friend before explaining that McCarthy had killed Bella and that she had helped McCarthy dispose of the body, according to Deakin.

It's unclear exactly how the the toddler who became known as "Baby Doe" died, but in court, Deakin raised the possibility that Bella may have been suffocated, noting that there was no evidence of trauma.

The medical examiner has ruled out all natural causes for the child's death, the prosecutor said. Previously, sources told CNN it appeared McCarthy punched the girl to death.

Couple blames each other

McCarthy, who is not Bella's biological father, and Bond were arrested last week in connection with the death.

On Friday, McCarthy, 35, was charged with murder. Bond, 40, was charged as an accessory to murder after the fact.

The mystery of the girl with big brown eyes and a cherubic face captivated the nation for months.

"For nearly three months, we have endeavored to speak for a true innocent who could not speak for herself," State Police Col. Richard McKeon said last week. "Now we will give her justice."

After their arrests, the couple pointed fingers at each other over her death, Massachusetts House Speaker Robert DeLeo said.

"It appears as though it was a situation of a boyfriend who was involved and that apparently, I think, mother and boyfriend sort of blaming each other in terms of who harmed the child," he said.

'She was a demon anyway'

The family friend who reported Bond and McCarthy told police that after Bond's confession he texted McCarthy to ask if it was true that he'd killed Bella, and McCarthy repeated the assertion that the state had taken Bella, Deakin said.

"Who're you going to believe, me or" Bond, McCarthy replied, using a derogatory term for Bond, according to the prosecutor.

When police released the forensic composite of the girl's face, the friend texted McCarthy again and received the same response. Because the composite bore a "striking resemblance" to Bella and because the friend had moved out of McCarthy and Bond's home because of their treatment of Bella, the friend went to a local court and spoke to state police, the prosecutor said.

That alleged treatment included yelling at the girl and demeaning her, spanking her and on two occasions, locking her in a closet for 30 minutes to an hour, Deakin said. The friend relayed to police that Bond said Bella was possessed by demons, and other friends of the couple told police that McCarthy claimed he had the ability to exorcise demons, according to the prosecutor.

Police found books on demons and demonology in the home, Deakin said.

On the night Bella died, Deakin said, the girl was being unruly and had refused to go to bed, her mother told police. McCarthy went to her bedroom to "calm her down" and when Bond checked on them, she found McCarthy standing over Bella with his hand near her stomach; her face was gray and her head was swollen, Bond told police, according to Deakin.

McCarthy wouldn't say what happened, according to Deakin's account of what Bond told police, but he told Bond, "She was a demon anyway. It was her time to die."

As Deakin relayed how McCarthy allegedly put Bella's body in the fridge, a woman who had earlier described herself to reporters as Bella's godmother, but who Amoroso described as one of Bond's friends, yelled, "You rot in hell! You f***ing rot in hell!" toward the partition separating Bond and McCarthy from the courtroom. She was escorted out by police.

After refrigerating the body, Deakin continued, McCarthy put a needle containing heroin into Bond's neck and they remained intoxicated for days before McCarthy took Bella's body to the South Boston seaport, added weights to the bag and threw the body into the water, Deakin alleged.

Bond's attorney, Janice Bassil, in asking that the bail amount be lowered to $250, alleged that McCarthy held her client "captive and under duress during the period after the child died." Bassil also noted that Bond willingly spoke to state police and is offering to cooperate with the district attorney's office.

Attorneys for Bond and McCarthy have said little on the case. McCarthy's lawyer, Jonathan Shapiro, told Boston NPR station WBUR that McCarthy will plead not guilty. He did not contest the prosecutor's request to hold McCarthy without bail.

McCarthy was being held at a Boston area hospital, where he was getting treated for a medical condition. Bond was detained at a separate location, according to a law enforcement source.

The arrests came after a search of a Boston home.

Though Bassil told the court that Bond had turned her life around since 2011, cleaning up all of her outstanding charges and obtaining her first home in "many, many years," the state Department of Children and Families said it provided services for Bella in 2012 and 2013 following neglect complaints. It did not provide specific details.

Deakin said Bond had a lengthy criminal history that included drug and prostitution cases, on which she routinely failed to appear. Bond's mother and her mother's husband also procured restraining orders against Bond, the prosecutor told the court, explaining that a high bail was necessary to make sure that Bond appeared in court.

Between 2001 and 2006, child welfare authorities terminated Bond's parental rights over two other children, an agency official said. One is in custody of the maternal grandmother; an unrelated family adopted the other, the official said.

"We're gonna have to mourn together as a family through this, and stick together, and get through this the best way that we possibly know how to," Amoroso told CNN affiliate WHDH last week.

The father acknowledged to reporters Monday that he left Bond after finding out she was pregnant three years ago and married another woman. He had returned to Boston, he said, to be Bella's father but arrived too late. Though he never met Bella, he spoke to her on the phone, always asked about her when he spoke with Bond and sent money for the girl, he said.

He sympathizes with Bond, he told reporters Monday, but he holds the state Department of Children and Families responsible for his daughter's death. Realizing Bella was in a bad situation, Amoroso called the department in hopes that they would remove Bella from the home. His mother called the department as well, he said.

Asked if he had any words for McCarthy, Amoroso said he wanted him to know "he wasn't going to last a day and he's done."