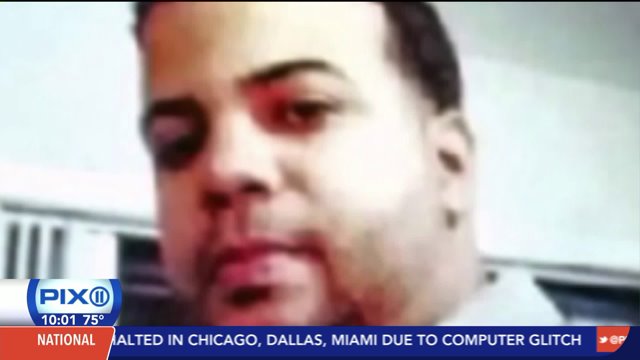 EAST NEW YORK – Police are looking for the killer who stabbed a livery cab driver in Brooklyn early Thursday.

Officers responded to a call at about 1 a.m. Thursday of man stabbed inside a car at Shepard Avenue and Dumont Avenue.

Police found 35-year-old Rafael Veras’ body slumped over behind the wheel of his brother’s vehicle on a dark street in East New York Brooklyn Thursday morning with multiple stab wounds.

The family told PIX11 Veras' goal was simply to make some extra cash, but instead he paid for his aspirations -- with his life.

According to the NYPD, Veras, who recently started working for New Lots Taxi Service, was sitting in his car minutes after dropping off a passenger nearby when an unknown man attacked him.

He was taken to Brookdale Hospital, where he was pronounced dead.

The unidentified suspect is still on the loose, and the family is heartbroken.

Veras’ sister told PIX11, “It’s very hard to believe. He was a good person. I saw him about a week ago. It’s very hard.”

It was Veras’s first day on the job -- driving for New Lot Car Service in East New York.

His wallet, with cash inside, and his phone, were found near his body.

Detectives think Veras was parked, waiting for his next passenger at the intersection of Dumont and Sheppard Avenues when his attacker approached.

“The cameras that are in these cars - a lot of them are obsolete. Partitions are old. Technology is old. They don’t have a GPS panic button. They don’t’ have a flashing bright emergency light.no one could really notice,” Mateo said.

The sad fact is livery cab drivers are not afforded the safety features and protection that comes with working for an app-based car service company.

Those companies require you to sign up for an account, and tie it to a credit card.

And that makes those drivers a target.

There are no arrests and the investigation is ongoing.