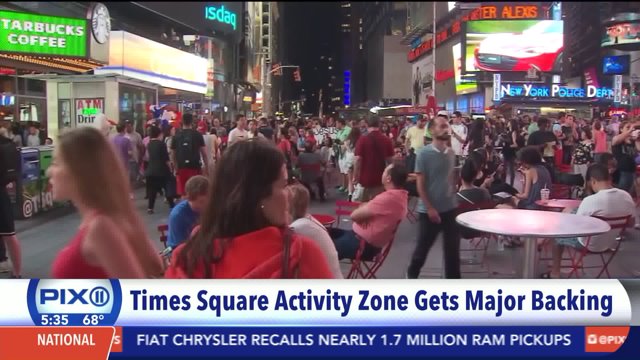 TIMES SQUARE–– A proposal to cleanup Times Square may have finally arrived.

Under this plan, the city would change zoning rules so Times Square's Pedestrian Plaza is no longer mapped as a street, instead creating a district called Times Square Commons.

Times Square Alliance is already endorsing this proposal, which would confine tip-seeking costumed characters and topless performers to a designated "activity zone."

Officials would divide the space into three zones governed by different rules.

Barring soliciting money for goods–– that includes those naked ladies, they would have to stay in "designated activity zones."

The rest of the space would be divided into pedestrian corridors for tourists to check out the scene, keeping families' children away.

Mayor de Blasio created a task force to come up with ideas.

De Blasio promises this is going to be an equal-enforcement situation.

So Naked Cowboy and his days of naked bliss are going to change a bit.

There's also going to be "express routes" for pedestrians some say could be good for New Yorkers frustrated by getting through the area.

This is just a proposal so far, but it's getting rave reviews as a possible solution.