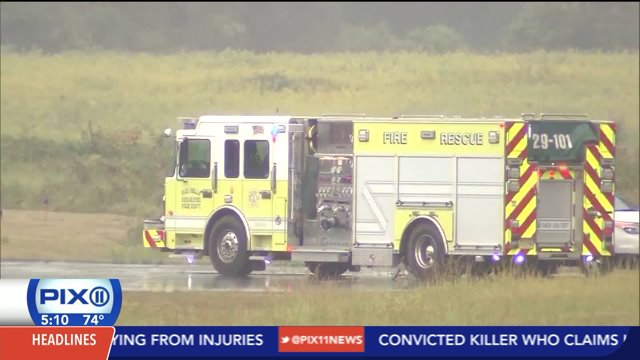 BEDMINSTER TOWNSHIP, N.J.  —  The wreckage of a single-engine plane was found at Somerset Airport in New Jersey Thursday, according to the Federal Aviation Administration.

The pilot was found dead in the wreckage, according to Bedminster police Chief Craig Meyer. The 62-year-old man has not been identified. He was the only person on board.

The aircraft wasn't reported missing until Thursday morning, according to the FAA.  The remains were found around 1:00 p.m.

Meyer says it's possible the plane crashed on its return to the rural airport. He says the plane was spotted from a state police helicopter in a wooded area about a quarter-mile from the runway.

The National Transportation Safety Board is investigating.