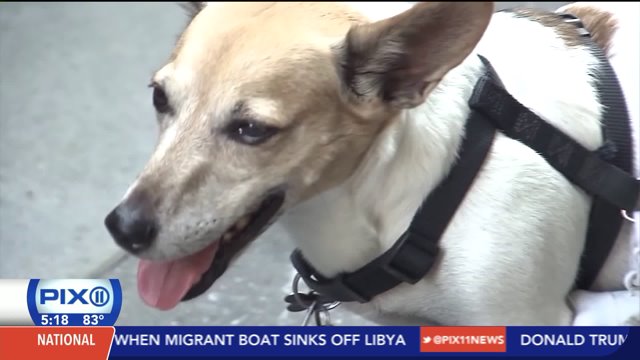 MANHATTAN -- When you see 41-year-old Josiah Hannah walking down the street with her dog, a Jack Russell Corgi mix, it is not readily apparent that she is disabled and that her dog is a licensed service dog -- but the Upper East Side woman has a reduced fate MetroCard because of a mental disability and her beloved Jasper has a service dog tag issued by the New York City Department of Health and Mental Hygiene.

Josiah says she is manic-depressive and has Schizoaffective disorder. Josiah says when she tries to board a city bus three times a week to visit her psychiatrist, she says bus drivers turn her away because of her service dog.

"They say you are not blind, you don't have a cane. What's wrong with you," Josiah told PIX11. "They stigmatize me. They make me feel bad."

Josiah says at least seven times in the last four months city bus drivers have bullied, jeered and berated her, even sometime she says turning potential fellow bus passengers against her because of her service dog.

"Under the Americans with Disabilities Act, you are not allowed to question someone's disability if they have a licensed service dog," Michael Redenburg, Josiah's lawyer, said.

The MTA would not comment since Josiah and her lawyer have filed a notice of claim against the city but the MTA did point out that on their website Josiah could get a service animal voluntary ID card for Jasper.

Josiah is hoping that by bringing her story to PIX11 she will make it easier for other bus passengers with disabilities to take their service dogs on city buses.