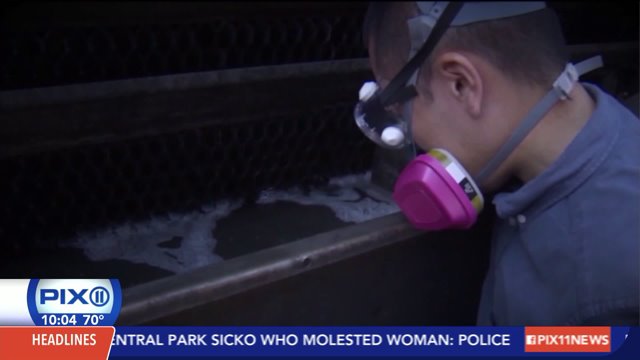 The Melrose Houses resident is a bronco chronic asthmatic who has brought in lots of extra bottled water to drink and cook with even though the city health department has turned her hot water back, saying it is once again safe.

"I am cooking with bottled water and still drinking bottled water," Gray told PIX11. "The water may be back on, but I am still worried."

Water filters were installed in three more buildings at the Melrose Houses after tests came back positive for the bacteria that causes Legionnaires' disease.

Earlier this week, filters were installed at 681 Courtland Ave. after four cases of the disease had been reported in the complex. Carol Rozier lives at 681 and she is still worried.

The Melrose outbreak of Legionnaires' is different from the earlier cases because instead of the bacteria coming from cooling towers. This time it was detected in the drinking water system, specifically the hot water.

Now some Melrose residents not in the affected buildings want their water tested as well.

"I have small children and I want to make sure they are safe," Billie Cummings, 3050 Park Avenue resident said.