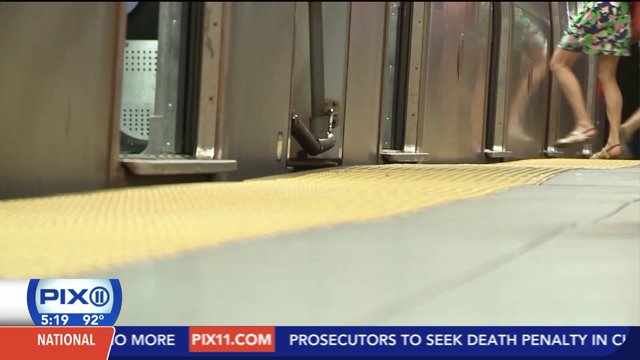 NEW YORK – The Citizens Budget Commission released an eye-opening report claiming a vast majority of NYC subway stations are not in good condition, and, at the current pace of repairs, it’ll be 2067 before all stations will get there.

The CBC report shows 33 stations where more than half of their structural components are not in a “state of good repair” -- meaning the station received poor ratings on its structural safety and architectural appearance.

Only 76 of 467 NYC stations are in a state of good repair. To see an interactive map with reports on a station near you, click here.

The CBC rated NYC’s 467 subway stations based on two categories. Each station was rated on its architectural appearance -- for example, its tiles and painting -- and on structural repair, which is the station’s safety and performance.

At the current pace, the MTA will only bring 280 components a year to good repair. At this rate, station components would not be achieved until at least 2067, considering the backlog of repairs and rate at which components become in disrepair.

Kevin Ortiz, a spokesperson for the MTA told PIX11 the state of subway repairs are a result of having the largest system in the world while being underfunded by the City.

"Keep in mind that no other system in the world comes close to the number of stations we have in our system (468).  The current proposed capital plan ... deals with station work aggressively.  However ... our proposed program is underfunded, to a great extent because the City has not responded to this growing need and increased its contribution."

"We appreciate the ‎CBC's thoughtful analysis.  We are pursuing opportunities to squeeze costs from our 2015-19 Capital Program by using negotiated and other innovative procurement methods. We respectfully disagree with their recommendation to reduce spending on expansion projects. At a time when growing ridership is leading to crowding and delays, we must pursue expansion projects ..."