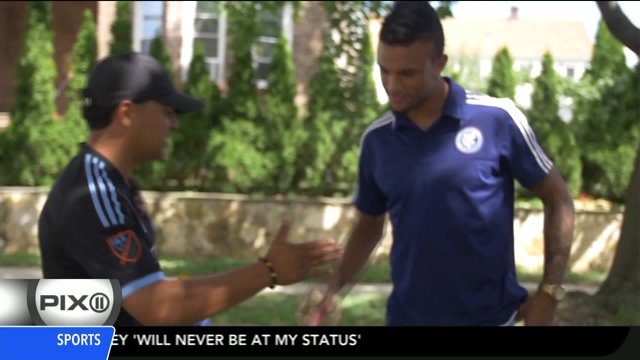 His name is Noe Valdovinos and he’s a retired Marine.

It’s all part of the clubs ‘Tickets for Troops’ initiative.

This weekend’s game is also Military Appreciation Night where several other veterans and their families will be recognized and rewarded.

“Having Khiry come to my house is honestly one of the most fantastic things for not only myself but I’m sure anyone can dream of if you’re a fan of soccer,” Valdovinos said. “Knowing that Khiry Shelton’s father was in the service as well and that he was able to do this for us, it really lets me know that they do care.”

NYCFC takes on the Columbus Crew at Yankee Stadium this Saturday at 4pm.

Here are further details about the Tickets for Troops initiative: