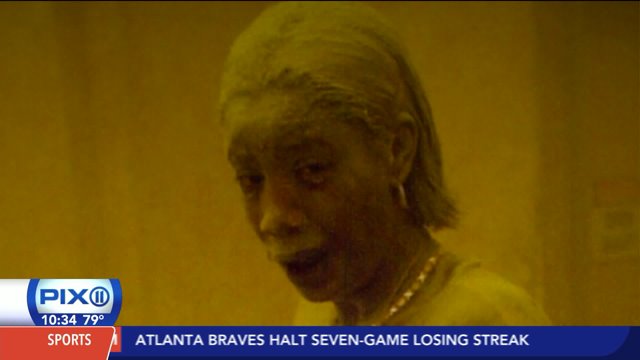 BAYONNE, N.J. -- Marcy Borders, the woman known as "Dust Lady" from the iconic photo of her taken as escaped from the Twin Towers on Sept. 11, died Tuesday after her year-long battle with stomach cancer, NJ.com reports.

The news was posted to Facebook by multiple family members.

Borders' brother, Michael Borders reportedly wrote on his Facebook -- "I can't believe my sister is gone."

Her cousin, John Borders, called her "my HERO" in a Facebook comment and said that she "unfortunately succumbed to the diseases that (have) ridden her body since 9/11."

The famous photo from the tragic day shows Borders, a Bank of America employee, covered in dust in the aftermath of the 9/11 attacks in Lower Manhattan.

According to NJ.com, the Bayonne native had fallen into a depression in the years after 9/11 and turned to drugs that landed her in rehab.

Borders reportedly became clean in the last few years when in 2014, doctors told the woman she had stomach cancer.

She allegedly told the Jersey Journal in November that she wondered if her cancer was related to the events of 9/11.

"I'm saying to myself 'Did this thing ignite cancer cells in me?'" Borders said. "I definitely believe it because I haven't had any illnesses. I don't have high blood pressure ... high cholesterol, diabetes."