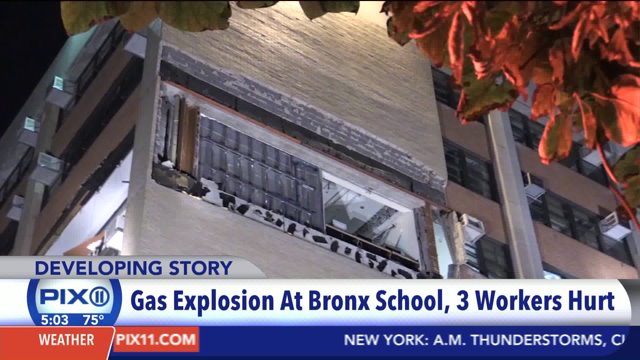 NEW YORK — New York City officials are trying to figure out if a gas explosion that damaged a school would alter plans for the 4,000 students who go there.

The blast also caused heavy damage to several floors of the John F. Kennedy High School in the Marble Hill section of the Bronx.

It isn't yet known what triggered the explosion, but authorities say construction crews were working on a gas line at the time.

The Department of Buildings is investigating the structural integrity of the building.

The building houses eight schools for over 4,000 students, but de Blasio isn't sure if the damage will impact the start of school. The first day of school is Sept. 9.