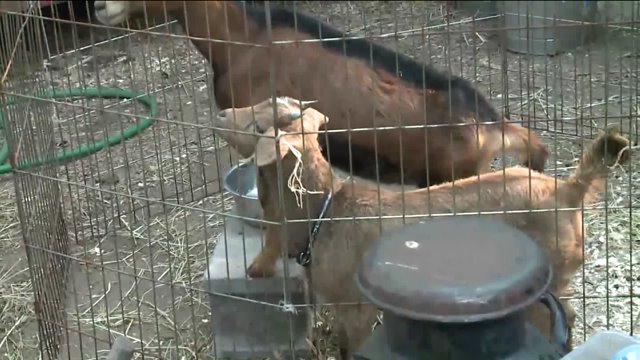 A witness says Dombeck's entire property is covered in debris and manure, and containers with water were covered in a slimy green substance, believed to be algae. The witness said trash was strewn everywhere, including where the animals were living.

The witness saw donkeys with open wounds on legs, two horses that appeared to be very thin. Dr. Pamela Corey, a veterinarian with New York Equine said the medical conditions of the animals were suffering included untreated dermatitis, as well as, overgrown hoofs and open wounds.

“Our investigators found these defenseless animals with ribs showing from malnutrition, infected hooves from filthy living conditions, and water covered in slime,” Acting DA Singas said. “Thankfully, with the help of the Nassau County SPCA, veterinarians, and our Animal Crimes Unit, they will get the care they need, and this defendant will be held accountable for this outrageous neglect.”